What to see in the Jardin des Tuileries?

Located 650 meters from the Relais Madeleine, this park is the oldest and the largest after the Parc de la Villette. It is a place of history that also includes many amenities: culture, nature, and festivities are on the program. 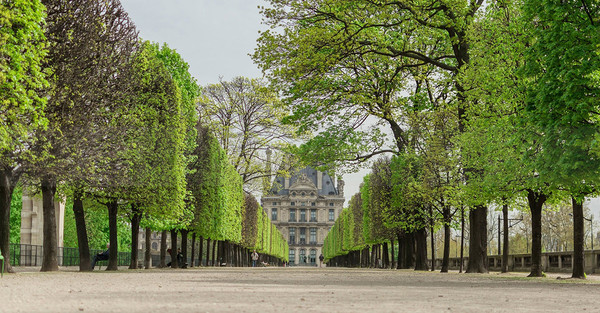 Whether you're a jogger or simply in search of a moment in nature and tranquility, the wide alleys lined with linden and elm trees will offer you an ideal space to recharge your batteries. It is also a friendly space where Parisians and tourists like to meet, especially in good weather.

Backed by the Louvre Museum, the Garden inhabits Jeu de Paume Museum and the Orangerie Museum

The Jardin des Tuileries is also a place that will be appreciated by children because of the variety of activities offered to them:

Finally, every year in July and August, the Jardin des Tuileries welcomes a funfair of about sixty attractions without a sound system, for the comfort of all.

The exhibitions of the Orangerie Museum are centered on Impressionist and Post-Impressionist paintings. In particular, it presents Claude Monet's "Water Lilies" in 360 °. It's sumptuous!

The museum will present until August 21 a private collection of the Bridgestone Museum, whose founder Shojiro Ishibashi, was passionate about the Impressionist period as well for modern Western and Japanese art. You can see Impressionist works, but also more contemporary ones from Monet, Renoir, and Caillebotte to Cézanne, Matisse, Picasso, Pollock, and Shiraga.

The history of the Jardin des Tuileries

It is initially a monument from the Tuileries Palace, which has today disappeared. This royal and imperial residence, from Henry IV to Napoleon III, was destroyed on May 23, 1871 during the insurrections of Paris Commune. After three days of fire, only the ruins remained, which were razed in 1883.

The construction of the Tuileries Palace was ordered by Catherine de Medicis from 1564, together with the development of a Italian-style garden. Later, Louis XIV and his architect Jean-Baptiste Colbert asked André Le Nôtre in 1664 to completely redesign the garden.