3 plays near the Madeleine

Discover our selection of plays to see

Eva is an independent woman with a hearty personality who likes to party. One morning, a handsome young man shows up at her door. He claims to be her son. Eva refuses to reveal her true identity. Eva's lies and dishonesty will quickly trap her in difficult situations.
Victoria April's brilliant acting, charming accent, and pervasive nature make EVA's character believable, embarking us on an adventure that's as crazy as it is improbable.
At times funny, at times touching, the play holds us to the end and makes us want to know how Eva is going to free herself from her web of lies.
Seating prices: 4 categories, €29, €40, €50, and €60
From Tuesday to Saturday at 9:00 pm and Saturday afternoon at 4:30 pm. Until April 7, 2018
Website: https://www.theatre-madeleine.com/spectacle/piece/paprika 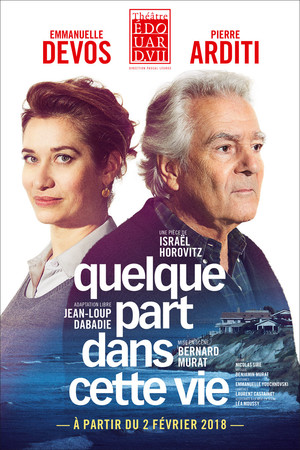 By Israel Horovitz with Emmanuelle Devos and Pierre Arditi
A play in French with English subtitles
Duration: about 1h40

Jacob Brackish has taught English literature and music history all his life in a small port village in the United States by terrorizing his students. Isolated, his retirement isn't going well. Grouchy and unable to fend for himself, he is forced to engage the services of Kathleen. Her arrival is followed by chaos, but his life is given an unexpected second wind. But has Kathleen only come to clean and cook? What is she really hiding?
Having written more than 50 plays, half of them translated into French, Israel Horovitz is the most popular American playwright in France. He draws inspiration from American theater in the 60's as well as French absurdism.

A murder has just been committed in a building that houses a hair salon. 4 suspects, 2 police officers: None of the 6 actors know how the investigation will end. Is the culprit Romain Canard, the salon owner, Réjane, the hairstylist, or is it one of the two customers?
The audience conducts the investigation and interrogates the suspects, guided by the police captain. The investigation continues, even during intermission. Who and how many people are guilty? At the end of the investigation, the audience will vote.
This Cluedo type play is amusing, as each evening's culprit isn't necessarily the same.
30 years of success and Guinness longevity records in the USA!
3rd to 1st category, ranging from €19 to €38
From Tuesday to Saturday at 9:00 pm, and on Saturday at 4:00 pm and 9:00 pm. Until April 28, 2018
Website: http://www.theatredesmathurins.com/spectacle/316/dernier-coup-de-ciseaux