Time travel: The Passages of Paris

Tips, plans, all the information you need to know about the passages and for preparing your visit
The passage was a Parisian concept born in 1776 which was precursor at that time. Its principles are inspired by Middle Eastern bazaars. In the 1850's, there were up to thirty passages and this model was exported to provincial cities such as Bordeaux or Nantes, then in Italy, on a larger scale, as in Milan or Naples. Today there are 24 passages in Paris, 18 of which are classified as historical monuments. 10 of these 24 passages are grouped in 2nd arrondissement.
To discover these passages, two itineraries on Google Maps are available, and we advise you to use them on your mobile phone.
Route N ° 1 covers 5 passages over 1.5 km  long with an estimated walking time of 1h30 to 2h00
Route N ° 2 covers 9 passages over 3.8 km long with an estimated walking time of 2 to 3 hoursWe will explain the most interesting passages in detail and we present a table showing the main information at the end of the article while referring back to its page on wikipedia.fr. You can view the Wikipedia page in the language of your choice. 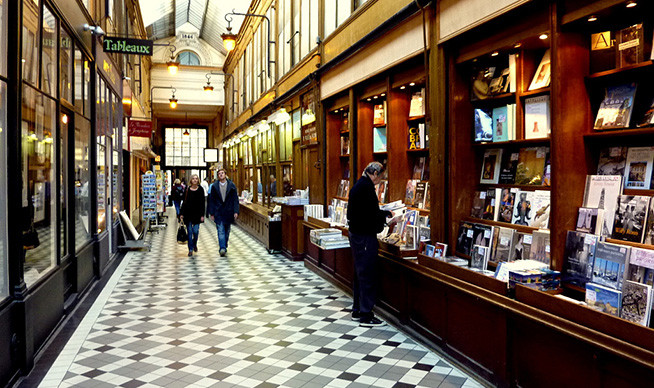 Opened in 1947, this gallery extends over 75 m. It is close to the hôtel Drouot (hôtel des ventes), which explains the establishment of book stores, postcards and old documents, bookstores, as well as a photo store present since 1901. 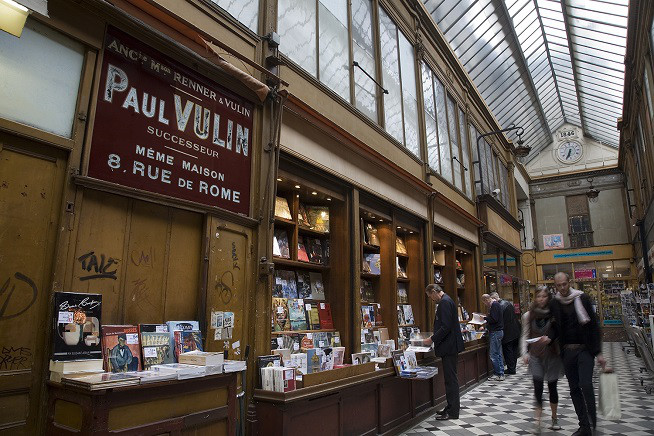 This charming 140-meter-long passage is, since its creation, one of the most visited passages. It is the continuation of the Passage des Panoramas. Its metal frame, canopy and marble pavement were renovated in 1987.
There are booksellers, engraving stores, toys, paper mills and the famous Grévin Museum with wax characters, which will be of particular interest to children. 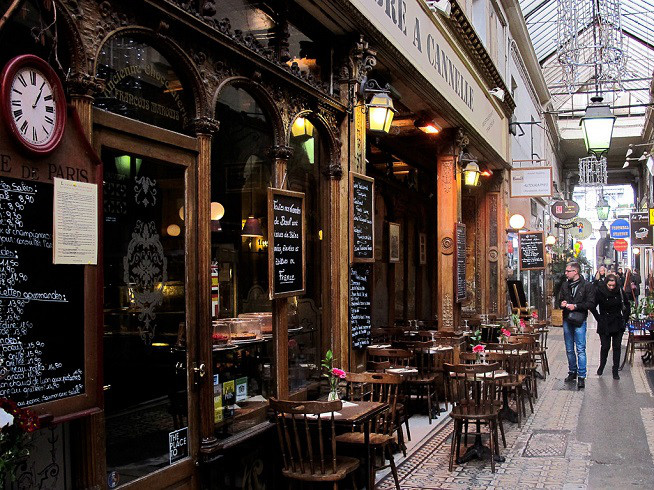 It is one of the most beautiful passages of the capital city and also the oldest. It has kept a very authentic style that will immerse you in the atmosphere of 19th century Paris. The passage is close to Brongniart Palace, the location of the Paris Stock Exchange until 1998. This explains the establishment of several philatelic and numismatic stores, craftsmen of art. You will also find many popular shops and notice several facades "of the time" like that of the printing Stern printing company (now café Stern , decorated by Philippe Stark) or that of the Chocolatier Marquis. 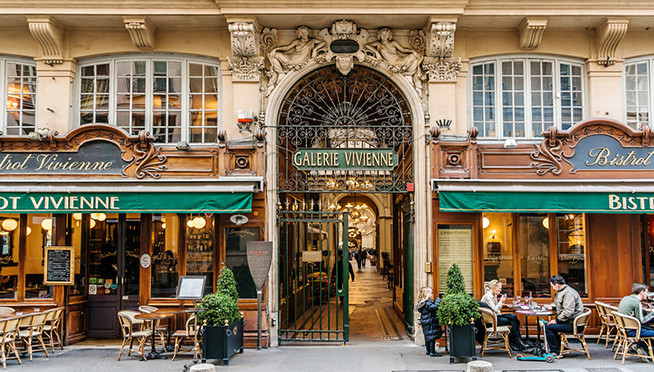 Considered as one of the most beautiful routes in Paris, Galerie Vivienne is also one of the longest. If you are a wine lover, you cannot miss the Maison Legrand, which is a real institution. This exceptional wine merchant offers 350 estates, 3000 wines and 10000 references. You can, of course, taste and receive on-site restoration. 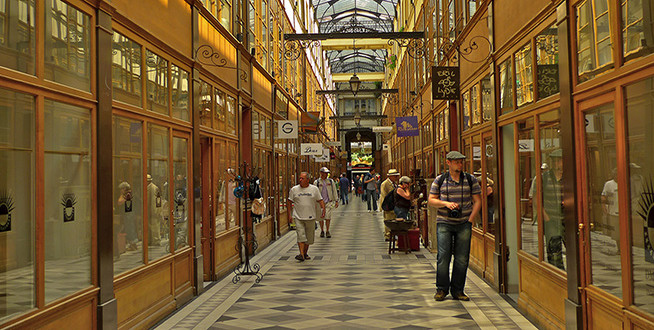 One of the peculiarities of this beautiful passage is its structure, being almost 12 meters in height. It has been designed in wrought iron and is topped with a glass roof that lets in very pleasant sunlight, making it ideal for a stroll. You can discover typical and creative shops: designers, decorators, designers, haberdashery, gallery and an interesting brewery: Pas Sage

Read complete list and detailed informations of all passages of Paris: passages.pdf